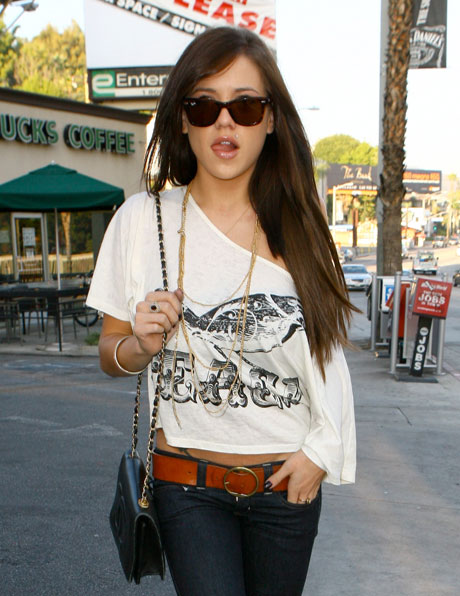 Maybe Dr. Drew should recruit Alexis Neiers for his next season of “Celebrity Rehab.” Daughter of 80s lingerie model Andrea Arlington-Dunn, Alexis made a name for herself on the E! reality show “Pretty Wild” that aired earlier this year and served time for her part in the burglary “bling ring.” When 19 year old Alexis missed a probation meeting, law enforcement visited her home in Calabasas, CA on November 30, 2010 where they also found black tar heroin, drug paraphernalia, and a fake Florida ID (see LA Times article).

She was arrested for violating the terms of her probation.  According to the LA Times, “She could serve three years in state prison if convicted of violating her probation, authorities said.”