Oh Kanye.  He’s always pushing some boundary and sometimes bulldozing over it, too.  This time, there’s controversy over cover art for his new album due out November 22, 2010 “My Beautiful Dark Twisted Fantasy“…what a far cry for a title from the days of “College Dropout.”  According to Kanye, the album cover you see above has been banned.  Naturally, Kanye took to Twitter to share his grievances with his fans. 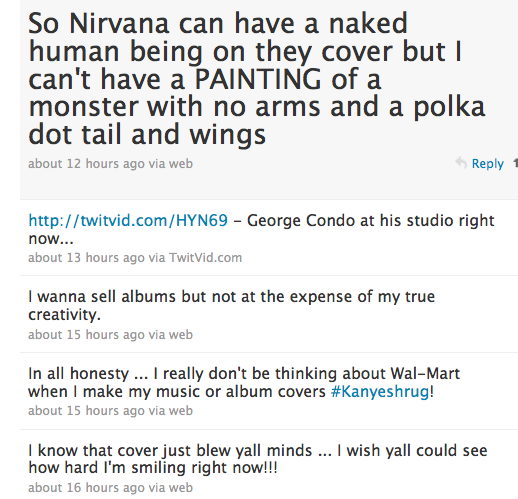 The LA Times said they were told by an unnamed source that “the rapper was “strongly urged” to use a different cover image but was told that ‘if he wanted to do it, the label would stand behind him.'” (source: MTV)