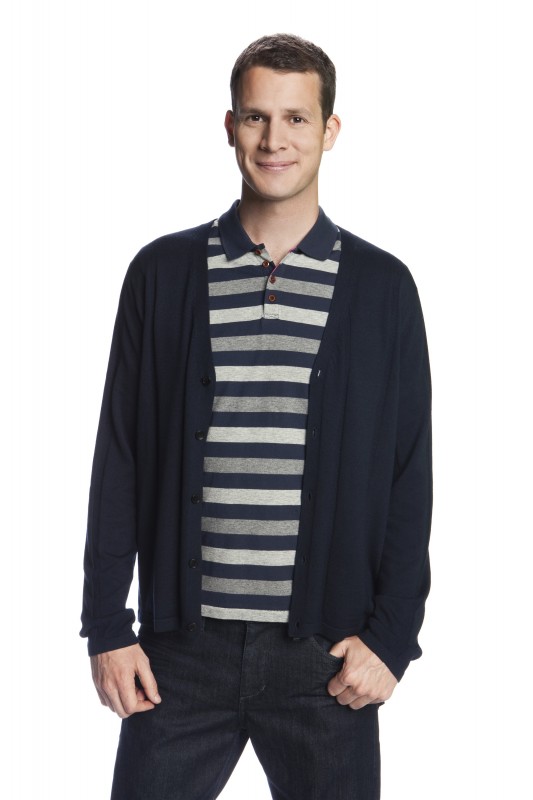 My Comedy Central viewing used to be primarily for “The Colbert Report” and stand up specials like  Demetri Martin.  By chance, I happened to watch an episode of “Tosh.0” hosted by Daniel Tosh several months ago, and I’ve been hooked ever since.  Video comedy shows are no longer “America’s Funniest Home Videos” a la Bob Saget.  Rather, there’s a guy who plays on his own sexuality, sports a “casual jacket” or other signature clothing item for the season, offers web redemptions to the “needy,” and records his show in front of a green screen and live studio audience.

Seriously, if there’s a day that I’m totally down, Daniel Tosh has some odd way of reaching down my esophagus and stirring up a belly laugh.  Talk about free therapy! LOL!

Like Stephen Colbert and Demetri Martin, other favorite comedians of mine, Daniel’s humor is not for everybody.  You might even find some of it offensive if you’re not looking at it in the spirit of entertainment, but I give the show my Ifelicious thumbs up and suggest you at least take a look.  Season 3 premieres on Tuesday, January 11, 2011 at 10:00 PM ET/9:00 PM Central on Comedy Central.  In the meantime, there are definitely reruns airing all the time.  Right now, Daniel’s also on a 60 city tour.  Bummer, he didn’t float through Columbus, OH, but that seems to be a trend for a lot of things I like.  😐

Below is a press release from Comedy Central describing the show:

With razor sharp wit and biting commentary, comedian Daniel Tosh delves into all aspects of the Internet from the absolutely absurd to the incredibly ingenious in this new weekly, topical series, “Tosh.0.”

“Tosh.0” features the razor sharp humor and biting commentary from comedian Daniel Tosh and delves into all aspects of the Internet from the absolutely absurd to the incredibly ingenious in this weekly, topical series. In addition, the series features viral clips of the week and original videos created by and starring well-known actors and comedians. Each episode features the segment “Web Redemptions” which gives subjects of infamous viral videos (i.e. Afro Ninja and Miss Teen South Carolina 2007) a second chance to redeem themselves from the embarrassment with which they’ve become synonymous.

The unusual mind of Daniel Tosh has earned him the admiration of his peers by winning over audiences with his unique brand of stand-up comedy that has made him one of the most requested headliners in the country. His casual style and sharp material are greatly appreciated by his audiences, young and old. Named one of Variety’s “10 Comics to Watch” in 2005, Tosh has performed on “The Late Show with David Letterman,” “The Tonight Show with Jay Leno,” “The Late, Late Show with Craig Kilborn,” “Jimmy Kimmel Live,” “Last Call with Carson Daly,” VH1’s “Best Week Ever” and MTV’s “Punk’d.” On the film front, Tosh was featured in Mike Myers’ 2008 release, “The Love Guru.”

Tosh has a long history with COMEDY CENTRAL having hosted the network’s “Live at Gotham” stand-up series and performing on “Premium Blend” and “Friday Night Stand-Up.” Tosh has also been featured on the all-comedy channel in a half-hour stand-up special “COMEDY CENTRAL Presents…” (2002) and his first hour-long stand-up special, “Completely Serious” (2007). His premiere CD, “True Stories I Made Up,” was released in 2005 through COMEDY CENTRAL Records.

“Tosh.0” is executive produced by Tosh and Scott Tomlinson. Gary Mann is the executive in charge of production for COMEDY CENTRAL.

Here’s one of Tosh.0’s “Is it racist?” segments. You’ll either hate it or find it hysterical.

This one is just a silly moment but still reflects Daniel’s comedic delivery.

Men are always talking about women drivers.  See how Daniel takes on the subject of women parallel parking.

Have you watched the show? Comment with your favorite episode or segment. ~Ifelicious