You are here: Home / ifelicious tv / ELLE’s creative director Joe Zee from MTV’s “The City” gets show “All On The Line” on Sundance, airing 2011

Joe Zee, Creative Director of ELLE Magazine, is getting some more TV time outside of being boss to Erin Kaplan and Olivia Palermo on the MTV reality TV series “The City.”  He’ll be starring on a new show “All On The Line” that will air on the Sundance channel in 2011.  Read the press release below.  I can’t wait to watch!  ~Ifelicious 🙂 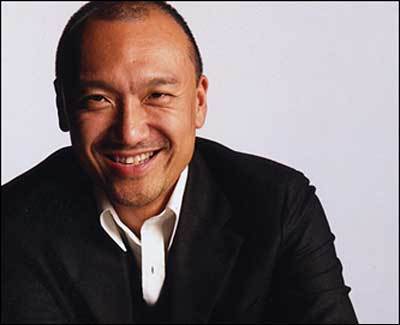 New York, NY – August 11, 2010 – Sundance Channel EVP and GM Sarah Barnett announced today that the network has given the green light to the original fashion series, “All On The Line,” featuring ELLE magazine Creative Director Joe Zee. The eight-part series, which begins production later this month in New York City, will premiere on Sundance Channel in 2011.

In each hour-long episode of “All on The Line,” Joe Zee will meet a fashion designer whose clothing line is in crisis. The first hurdle for each designer is to endure Zee’s “tough love” regimen as he deconstructs the problems in their line. Joe’s prescriptions vary from case to case, but his fundamental approach is the same: to unlock the true potential of a designer and re-ignite his or her love for the fashion business. But it will be up to the designers to choose whether or not to implement Joe’s advice and suggestions. Ultimately Zee will prepare the designer to present to a buyer who can make or break their dreams.

Barnett comments: “Joe Zee is a perfect fit for our brand – a true creative who’s fun to watch, with a great eye for spotting and developing authentic talent. “We’re excited for our viewers to go on a journey with designers as they reconnect with their original inspirations, all against the backdrop of the high stakes drama of the fashion industry.”

As the creative director for ELLE magazine since 2007, Zee has helped to further elevate the publication into the successful fashion magazine that is today. He began his career at Allure Magazine and from there became the fashion director at W Magazine, then contributing editor for Details and Vanity Fair. He has also been creative eye behind advertising campaigns for brands including DKNY, Perry Ellis, Kenneth Cole, Sean John, Banana Republic, H&M, Estee Lauder, M.A.C. Cosmetics, Chanel, Coty and others.

“All On The Line” is produced by Authentic Entertainment.

Read all of my blog posts about Joe Zee and “The City” cast/episodes by CLICKING HERE.