You are here: Home / ifelicious tv / It’s Saturday night with Betty White! “Golden Girls” marathon May 8 on WE tv 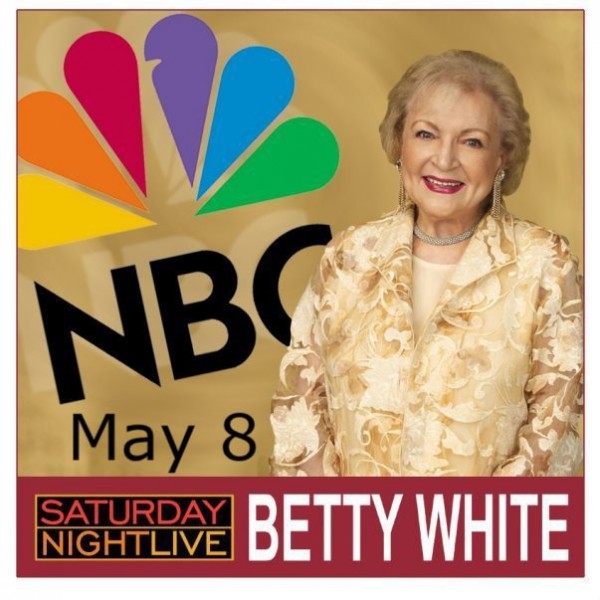 We tv- The Golden Girls

NEW YORK, May 4, 2010 (PRNewswire) — Sassy, outrageous, hilarious – and at 88 – Betty White is HOT! With a career spanning 7 decades, she’s bigger than ever now. Facebook fans rallied to get the beloved comedic icon an unprecedented “Saturday Night Live” hosting gig this weekend. Now, WE tv has a 14-episode Betty bonanza for fans with “IT’S SATURDAY NIGHT WITH BETTY WHITE!” GOLDEN GIRLS MARATHON on Saturday, May 8, from 6 PM – 1 AM ET/PT.

The marathon will feature Betty’s riotous performance as Rose Nylund on the enduringly-popular and much-loved series THE GOLDEN GIRLS, for which she won an Emmy and an American Comedy Award. So grab your best friends and a cheesecake and join WE tv for a hilarious dose of St. Olaf humor, including:

But wait – it’s not one, but two days of GOLDEN GIRLS! In celebration of Mother’s Day, Sunday, May 9, WE tv will also host a “MA DAY” GOLDEN GIRLS MARATHON, from 10 AM – 4PM ET/PT. “MA DAY” is the perfect tribute to the funny, frustrating and loving relationships mothers and daughters share – as seen though the GOLDEN GIRLS family of women.

THE GOLDEN GIRLS was an immediate hit with viewers when it first debuted, and remains one of television’s most loved and acclaimed sitcoms. Starring Bea Arthur, Betty White, Rue McClanahan and Estelle Getty, THE GOLDEN GIRLS profiles the unexpected lives and loves of a group of retirees living together in Miami. The women form the perfect circle of friends, and bring laughter, tears and fun for an audience of all ages. All of the show’s cast members won Emmys during the series’ seven season initial run. WE tv is currently television’s home to this extraordinarily popular series.

WE tv (www.WEtv.com) is the premier source for women looking to satisfy their curiosity with fascinating, original stories and entertaining, informative content that is relevant to key stages of their lives. Available in over 73 million homes, WE tv’s programming gives viewers compelling perspectives on everyday women at extraordinary points in their lives. The network’s original real-life stories include provocative signature series like “Bridezillas” and critically-acclaimed original series such as “The Locator” — the network’s most watched series ever; “Secret Lives of Women” and “My Fair Wedding.” WE tv’s public affairs initiative, WE Empowers Women, is dedicated to creating programs that foster and celebrate women’s strength, confidence and diversity. The 2009-2011 initiative, WE Volunteer, motivates women to become more involved in their communities by connecting them with local causes that they are passionate about and encouraging them to volunteer. WE tv is available in HD and WE tv On Demand is available in 27 million homes. WE tv is a subsidiary of Rainbow Media Holdings LLC.