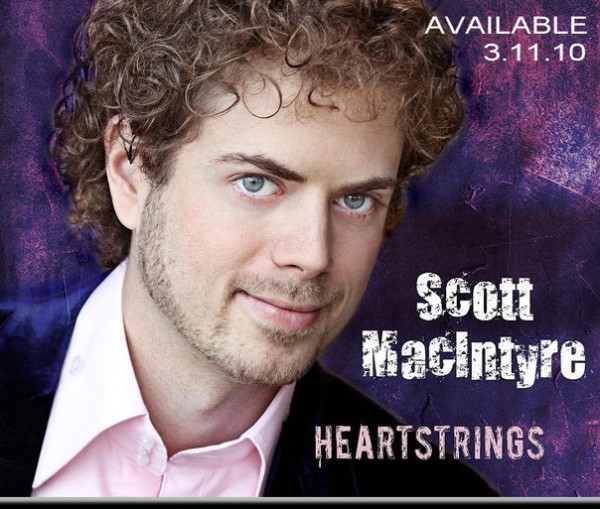 April 16, 2010, PITTSBURGH (PRNewswire) — Scott MacIntyre, whose talent and determination captivated the nation as the first vision impaired American Idol season 8 finalist, is coming to Pittsburgh to benefit a local 100-year-old nonprofit agency that serves people who are blind or vision impaired.

The event will kick off BVRS’ Centennial Celebration that commemorates 100 years of serving people with vision loss through rehabilitation, independence training, employment, and other programs and services.

Since he was a finalist on season eight of American Idol in 2009, MacIntyre has enjoyed a robust career that has included the release of his new CD “Heartstrings,” engagements as an inspirational pubic speaker, and live performances in the United States and abroad.

MacIntyre will perform on Tuesday, May 4, at the Westin Convention Center Hotel, downtown Pittsburgh, at BVRS’ major annual fundraiser to benefit programs and services for people with vision loss.

This year’s theme: “Visions of Wellness, Dignity, and Respect,” honors Ms. Holder’s leadership in the field of health services. Ms. Holder, who also serves as President of the UPMC Health Insurance Division and executive vice president of UPMC, will be presented with BVRS’ Monsignor Paul M. Lackner Person of Vision Award. Ms. Holder was recently named one of Pennsylvania’s Best 50 Women in Business and was a 2009 Pittsburgh Business Times Diamond Award winner. UPMC is one of the nation’s leading integrated delivery systems, and through its health plans and affiliates, provides health coverage and benefit management for more than one million Pennsylvanians.

BVRS is a private, nonprofit agency that was formed through a merger of the Pittsburgh Guild for the Blind, founded in 1959, and the Pittsburgh Blind Association, founded in 1910. BVRS offers one of the few comprehensive vision rehabilitation programs in the nation and the only one in the region. The agency’s goal is to help people with vision loss become as independent as possible through training and rehabilitation. BVRS offers a nationally-acclaimed Personal Adjustment to Blindness Training, state of the art Computer Access Technology Center, a Low Vision Clinic, Employment and Vocational Services, PBA Industries, and other programs and services.

For information about Person of Vision dinner tickets or BVRS programs and services, call 412-368-4400.