You are here: Home / ifelicious music / The Candles debut album “Between the Sounds” out TODAY!!! (free mp3)

New to The Candles?  Download their song “Here or Gone” for FREE by CLICKING HERE.

The Candles are proud to announce the release of their debut album “Between The Sounds,” which is the first album from singer/songwriter Josh Lattanzi. The songs are based on the experiences and influences he’s picked up while recording and touring with the likes of Ben Kweller, Albert Hammond, Jr. (The Strokes) and Tinted Windows. The Candles combine elements of the 70s and 90s, creating a sound that will find fans amongst those who like Jackson Browne, Wilco and the Lemonheads. SPIN Magazine agrees, saying “It’s a vibe we’ve heard resurrected before, but when executed with Lattanzi’s emotional precision and sure sense of craft it still holds the power to be as moving as watching the sun set over Topanga Canyon.” The Deli Magazine has gone on to name The Candles one of NYC Artists on the Rise.

The band recently played SXSW, completed a run of dates with Evan Dando and has the below confirmed shows: 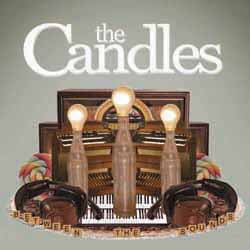