You are here: Home / ifelicious tv / Nurse Jackie is back! Season 2 premiere March 22 on Showtime 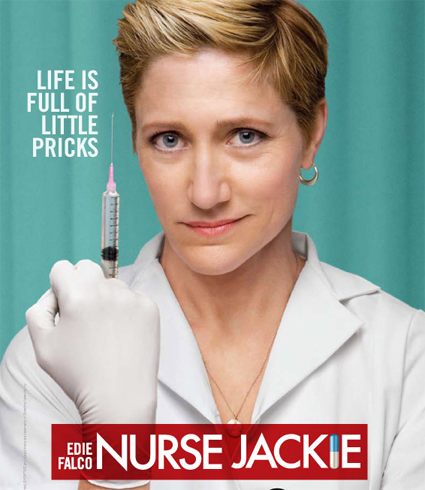 I’m so geeked!  Nurse Jackie is back with the second season tomorrow, March 22, 2010 on Showtime.

From the press release…

The second season of Nurse Jackie picks up a few months after far-from-ordinary Nurse Jackie Peyton (Edie Falco) has cut ties with her enabling love interest, Eddie (Paul Schulze) after he discovers the truth about her marriage and children. Jackie is determined to spend more time with her husband and two daughters, but with Eddie out of the picture both personally and professionally, her access to drugs has diminished, but her cravings have not.

Meanwhile, at All Saints Hospital, Dr. Fitch Cooper’s (Peter Facinelli) newly vaulted stature within the hospital becomes a constant source of irritation to Jackie. Zoey (Merritt Weaver) continues to model herself after her hero, Jackie, while Dr. Eleanor O’Hara’s (Eve Best) biggest challenge may be the realization that her best friend and confidant has been less than truthful with her. This half-hour series also stars Dominic Fumusa, Anna Deavere Smith, Arjun Gupta, Stephen Wallem, Ruby Jerins and Mackenzie Aladjem, and is executive produced and written by Lix Brixius and Linda Wallem.