You are here: Home / ifelicious tv / Ugly Betty / Shedding a tear for end of Ugly Betty and highlights of cast next moves

I thought I’d never get over the end of “Blossom” until “Ugly Betty” came to the rescue nearly 10 years later.  Where else will I turn to find the not black version of me? 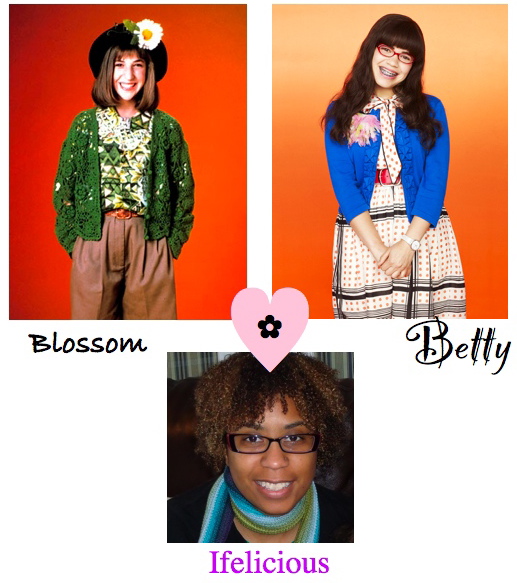 If I take an honest assessment, I could see the show’s demise coming for a while.  In my opinion, it’s not for a lackluster storyline.  Over the past few seasons, it’s been kind of on again, off again (from writer’s strike and whatever else) and bumped around in time slots.  Plus, I think the huge success of “Glee” in the past year is stealing from a demographic that were also “Ugly Betty” fans, although I contend that “Ugly Betty” is a much better show from writing to production.

Nonetheless, the show has suffered declining ratings this season, plummeting from somewhere like 8 million viewers down to 5 million.

“We’ve mutually come to the difficult decision to make this Ugly Betty’s final season, and are announcing now as we want to allow the show ample time to write a satisfying conclusion. We are extremely proud of this groundbreaking series, and felt it was important to give the fans a proper farewell.” source: The Hollywood Gossip

Well, the proper farewell comes in the form of reducing the season’s 22 episodes by 2, and the final 4 episodes to be filmed by March 25, 2010.  Why March 25?  It’s to make the actors available for casting in roles during Hollywood’s pilots season in March and April (see The Hollywood Reporter for more).

I’ve tried to find actual April date for the season finale, but I haven’t seen it published anywhere at the time of this post.

What’s in store before the end?

On the March 24 episode Betty gets her braces taken off by orthodontist and guest star Kathy Najimy.  You can read more about the episode on Seattle Pi.  In the end, Betty will be offered a job abroad where she may reconnect with one of lost loves.  Whether or not the reunion ultimately results in anything more is not certain, but most entertainment news outlets are reporting that she will choose to be alone.

It’s been glaringly obvious that Justin is gay, even when he said he wasn’t earlier this season.  Well, any of you homophobes prepare to gasp now…Justin is gay, and to clear up any remaining doubt, he will kiss a boy.

Hilda has also struggled to find lasting love after the death of her true love and fiance Santos in season 1.  It is rumored that she will be the one at the altar in the finale.  Oh golly gee, will it be to Ignacio?  I’m not sure I’m feeling him.  I liked the pairing her with the NYC councilman Archie much better.  Who knows?

With Claire Meade’s long lost and super hot son Tyler in the picture, I’m not sure how that will play out.  I have read that he hooks up with Amanda.

Not to fret, the star studded cast from “Ugly Betty” is already moving on to new projects.  So far, Michael Urie (Marc) seems to have the most lined up, but I’m sure more news will trickle out in the upcoming weeks and months.

Mark Indelico (Justin) has landed an internship with “Teen Vogue” and wants to parlay that into a reality show (read more on Buddy TV).

Michael Urie (Marc) and Becki Newton (Amanda) continue their acting chemistry in cabaret style with “Becki and Michael IS Broadway” on February 21, 2010 at Feinstein’s at Loews Regency in NYC (for more info and tickets go to Feinsteins’ at Lowes Regency). See promos below:

Michael Urie is also starring in the off-Broadway John Marans play “The Tempramentals” at New World Stages in NYC (see official website The Tempramentals and Temprementals on Twitter for details and ticket info).  Opening night is February 28, 2010.  I might have to make a trip out there to see it.  ““Temperamental” was code for “homosexual” in the early 1950’s, part of a created language of secret words that gay men used to communicate,” as described on the site’s homepage.

“The Temperamentals” tells the story of two men – the communist Harry Hay and the young Viennese refugee and designer Rudi Gernreich, weaving together the personal and the political to tell a relatively unknown chapter in gay history. It explores the deepening love between two complex men, while they build the first gay rights organization in the United States pre Stonewall. This is the perilous, unpredictable world these men inhabit as their impossible dream of forming such an unheard of organization becomes a reality. They must navigate their relationship in new and surprising ways. “The Temperamentals” is an intimate portrayal of the men who created history and the epic struggles they overcame. The characters consist of the actual men who founded the Mattachine Society, as well as prominent figures of the time such as Frank Tavener of the House Un-American Committee and the director Vincente Minnelli.  (source: Broadway World)