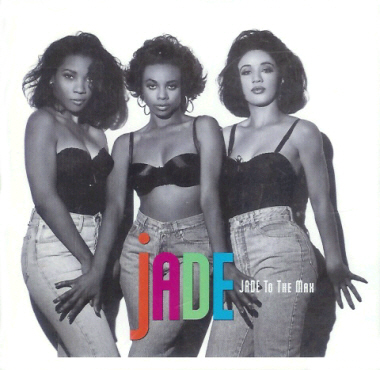 This week’s Throwback Friday song “Don’t Walk Away” by Jade is dedicated to my twitter pal negrita who requested this song last Friday and added “remember the answering machine message at the beginning of that track?”  I didn’t remember but going back to watch the video now, the answering message part cracks me up.  Takes me back to college days when roommates would record a joint answering machine message.  That’s soooo Argonne (only Morgan State folks would chuckle at that. hee-hee!).  Ahh, memories of when I could look out my window in Argonne and see the football team practicing in the open field and the marching band on the lower field next to them.  That open space doesn’t even exist anymore.

I also smiled looking at Jade rockin’ the combat boots, those jean shorts with the ends folded up, bra tops, and dookey braids (more appropriately called “box braids”) that you put a scrunchie around at the top of your head like a genie. B*tches was hard back in the day! LOL 😆

Oh wait! There’s more…Check out the car phone in the video.  If they only knew then what we know now.

The group Jade was originally composed of Joi Marshall and two other members named Angie and Debbie and, as such, was first known as JAD. However, when Angie and Debbie were dropped from the label, Tonya Kelly and Di Reed were signed on by Vassel Benford and the group’s name was extended to Jade.

Like so many groups, Jade broke up in 1996 after releasing two platinum selling albums, “JADE to the Max” their debut album (“Don’t Walk Away” is on this album) and “Mind, Body & Song.”  They briefly reconnected to do the song “Keep On Rising” for the movie soundtrack “The Sixth Man.”

Thanks again, negrita, for your request.  If you have a special Throwback Friday request, holla at me on Twitter or through my CONTACT page on this blog.

Check out the entire Throwback Friday series by clicking HERE.