You are here: Home / ifelicious music / UK Pop Singer Pierre Lewis- Unplugged (Part 2 of 5) THERE ONCE WAS A BOY, IDOL VS BRIT’S GOT TALENT, and JUGGLING GENRES 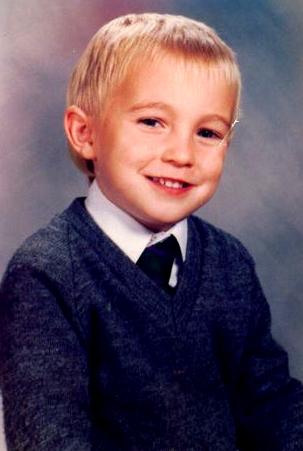 There once was a boy named Pierre …

Tell me about yourself.

“I was just an average kid, really. I grew up in a place called Reading which is in Berkshire in England. It’s a very average town, really. I mean being born in Berkshire, I literally grew up in a fairly average family, and you know I went to school…I went to a Naval college (Pangbourne College- college meaning a high school in the US). It was peculiar because I think in the US you have a lot of regimented type colleges, and in the UK, we actually only have one as a college…So, I’ve kind of grown up slightly differently because I went through that.”

Tell me more about this Naval college.

“It basically was just a normal college but we wore that actual official British Naval uniform, and we marched. The only equivalent…is ‘The Simpsons’’… when Bart…was sent to military college, but ya, it was kind of like that.”

I teased him a little for bringing up “The Simpsons” as a reference, but it was also a reminder of how much perspective we get from other cultures through TV. I should be a sobering reminder to all of us.

After Naval college, what did you do?

“I moved to London with a friend, Jim; we got an apartment and I literally kind of lived my dream, going to the big city and really didn’t have a clue of what I wanted to do at the time …It’s only when I actually left London that everything kind of made sense…I think sometimes when you put yourself into the thick of things in the big city, it can become really cloudy…otherwise, you know, you can get caught up in partying and that’s just literally what I did. I moved to London and we went out every single night, and you know it’s not a good way to get into. You see pop stars and stuff like Amy Winehouse that really kind of get too much into that (partying) and, you know, I saw a lot of my friends go down that route and it really kind of scared me a bit, and literally I really felt I had to take myself away from that… Music is my love, and I think it’s too easy to go into the evil side of the music industry. There’s a lot out there and lot of people that kind of try to sway your thinking.”

I read in your bio that you have dyslexia, and I thought it was interesting that you chose to share that with your fans. Tell me more.

“Basically, dyslexia is actually a learning disability… You’ve got…2 sides of your brain, one’s very logical and one’s more creative side, and really I think dyslexia is where you have the difficulty crossing the two…With dyslexia people you tend to have the creative side stronger than the logical one…I tend to have loads of big crazy ideas…but the really frustrating thing to me as a songwriter is [capturing] how you feel and it’s getting it down on paper and that’s something that I’ve really struggled to do…I think that’s a good thing because things don’t always come out the right way, but then very poetic songwriting doesn’t always make sense in a general aspect..I find that my dyslexia is an advantage to me…When people say ‘How is it?’ and stuff like that, when people have grown up with it, and it’s them, they don’t know any different so for me, I’m me…you are you and everything is possible and you just gotta push for your dream and don’t let anybody tell you that you can’t do that because you can. It’s about the mindset and about the heart and the soul and everything that goes into your dream and if you work at it then you can do it.”

Those are great encouraging words. When did you learn that you could sing?

“The weird thing is I mean I’ve always kind of sung ever since I was young and when I think I first knew I could sing is, umm, it’s actually quite embarrassing for a young guy to say but I was singing along to Whitney Houston, I knew the words to that song ‘I Will Always Love You’ that song when I watched that film, I don’t remember what it was.”

“Ya, I was kind of singing along in a high young voice and I was in my aunt’s house and I remember my aunt saying ‘You know you’re a good singer?’…but then at another point when it really kind of struck me…we had this kind of acting school kind of club thing and…we had to learn a song, and I learned a song by Take That. I don’t know if you know them in the States but there’s a beautiful song called ‘A Million Love Songs.’ I love that song, and I sung it, and we had this teacher, she was really kind of strict and very quite old fashioned…and she broke down crying.”

American Idol vs. Britain’s Got Talent …

I was thinking, ‘American Idol’ is a really popular show here in the US and we’re down to our final 6 and you all have the equivalent of ‘Britain’s Got Talent.’

(laughs) “Ya, we’ve got ‘Britain’s got talent’ and the reason I laugh is that it’s been all over the news here, Susan Boyle…the singer. The lady, and she’s been all over America and for us that’s incredible. I think that you know the great thing about those kind of shows is that it shows that a lot of people have talent, and it doesn’t necessarily mean that because you are in a certain form or you have a certain look that you can’t have a talent…even Simon Cowell…was like ‘Oh ya, here we go again. She’s going to be rubbish,’ and she walked out, she took her place, she was confident, she just sung, and of course everybody was like ‘wow!’ …I think that show’s like that are really good for that…Leona Lewis, she came from ‘X Factor’ which is another Simon Cowell show we have here in the UK, and I think the shows are great. They really open up a massive market.”

Have you ever thought of doing a show like ‘Britain’s Got Talent’ being that you are a new artist?

“Yes and no. I mean here the talent shows aren’t quite as credible as they are in the US. I mean Leona is a real exception. Loena’s just got an exceptional voice, but certainly with America with American Idol it’s very much about songs, it’s about musicians. There’s a lot more that goes into it there, and here it’s more about pop and stuff, but obviously I’m a pop artist in a sense. It’s very difficult to have a sort of sight of your own career because literally you’re a product on these shows. You know, I mean I’ve thought about it because it’s the best way to kind of get out there to a massive audience, but I think if you want to write for yourself and kind of have your own part then I think it’s not a wise decision really to go necessarily on that show, but I think ‘American Idol,’ I’d love to do that. They have some exceptional talent on there. I mean I’d even say that ‘American Idol’ just really doesn’t compare to the UK talent. It’s phenomenal. It’s not like us…I think American singers sing from a different place, you know, they sing from their soul. You know they have a real connection to music and that’s what I love about R&B and also country music as well, the love songs are sung with a little angst and there’s a real emotion a real being behind that, and in the UK we’re kind of too set in our ways about being British I think we kind of lose that [soulfulness]. We’re thinking about more about how we come across the next cup of tea (laughs).”

Juggling Genres and The Kiss/Curse of Pop …

Now, you mentioned quite a bit in your last statement. We’ll go back to you choosing to market yourself as a pop artist but you also mentioned that you like R&B and you like country music. What made you decide to be a pop artist?

“I think really in the UK we don’t have as broad a range of genres really. I think in the US you tend to have loads of charts and here we tend to have only a few central ones. I mean really why I think I’ve been defined as a pop artist is actually a negative thing, I think. It’s my image. I’ve got, in a sense, kind of a commercial look. You know that’s not a bad thing, but it does really typecast me to pop. I’d love to go down the R&B route moreso, Justin Timberlake, but I think I’m always going to be categorized as a pop artist first.”

There’s still the potential because it could come out in the songs you choose to do. None of us have heard your entire album so I don’t know if you have any songs that have more of an R&B sound to it or even a little bit of country. A lot people experiment within the same album.

“Ya, I’ve really sort of have a mix up. I have sort of a Motown, Michael Jackson type songs that are really kind of almost Quincy Jones sort of style. It’s really different, I think, the stuff I’m putting out now, releasing out there now. It is quite 80s. It is quite 90s. I think it is a bit difficult because a lot of people say like ‘Pierre, you are bit quite 80s, 90s,’ but that’s when I grew up and I think if I wasn’t doing that then I wouldn’t really be true to myself because you can only kind of be what your inspirations are. If you’re not doing that, I mean don’t get me wrong, Amy Winehouse is great but you know she’s obviously kind of completely researched into the kind of 1950s, 1940s sort of era, the musical genre that she’s doing, and that’s something she’s kind of developed. Whereas, for myself I literally sing and do as I know, and the Motown records Michael Jackson, Whitney Houston, that sort of music that really kind of speaks to me.”

continue to Part 3 of the interview…