You are here: Home / ifelicious tv / Jon & Kate Plus 8 / Jon and Kate seal their fate 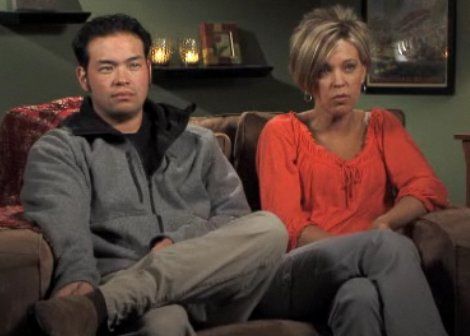 I couldn’t resist pausing to make a post about last night’s Jon and Kate plus 8 episode because it touched so many of us fans.  Yesterday’s show was really reminiscient of last season’s finale when we the rumors first started flying about Jon and their relationship started to show it’s strain right in front of our eyes.  I said it then and say it now, they should’ve just stopped taping to focus on their relationship and their children.  Money can really jack your head up for real.  Having lots of money or having no money, it is one of the top reasons for relationships to fall apart.

I’ve stuck up for Kate when so many have hated on her.  I get her OCD tendencies and Type A personality which play out as a neurotic mom on TV.  I’m glad she acknowledged that on last night’s show. 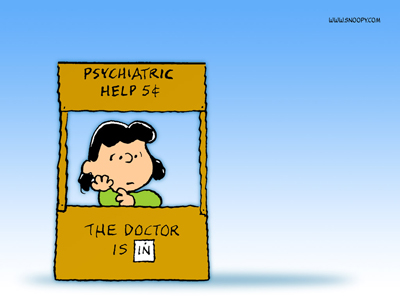 Granted I don’t know what happens between them off camera, but here’s what I saw last night.  Kate is losing her husband and the only thing she can control is having that show, writing her books, going on speaking engagements, and keeping the family (meaning the children) “functioning.”  That’s what I read through all of that talk about her need to be strong for her kids and to keep herself sane.  The problem with that is that sometimes you need to let everything fall apart in order to build it back up again even stronger.  To me, she’s clinging to the wrong thing.  Imagine how that “mommy and daddy are getting a divorce” conversation will go with 8 children.  I wonder if she’s strong enough to see the sadness in their eyes and not for a moment pause and think maybe all of this TV really isn’t what matters.

As for Jon, I think he doesn’t feel heard and admittedly has not been very vocal about what he wants.  At the same time, if I could tell from watching the show that he resented being made into a house-dad, then Kate must have blinders on. Ok, so he might have cheated.  If that’s the case, Kate is not sharing that on TV and I understand her wanting to leave.  She still does not have to continue the show.  At this point, it’s starting to feel like those kids are being exploited.  What does she have without them?

There were also rumors about Kate having an affair with her bodyguard.  If that’s true, and say both stories are true, then they’re really in the same boat, and fine let them move on leading separate lives.  Again, there still does not have to be a reality TV show in the process.

I don’t have any children and can’t imagine what it must be like to take care of 8 of them at once.  Watching some of the episodes makes me feel overwhelmed sometimes.  That’s a big commitment before you add a camera crew to the mix.  Jon and Kate should have  been in therapy just to handle the basics (maybe they were but I’m doubting it with the schedule they seem to maintain).  There was something in that relationship breaking down long before the rumors started and the paparazzi/gossip explosion.

As for the kids, as I mentioned, I think they are being exploited.  With no Mady, Cara, Alexis, Hannah, Collin, Aaden, Leah, and Joel there would be no show.  It’s not like they’re asking to have their lives taped.  I don’t think it’s healthy for them to have the camera crew around and now all the paparazzi around.  There will inevitably come a point where they’ll probably have to be home schooled, and yeah for all you parents that do that for your children, but I always feel like you then your kids risk lacking proper socialization needed to thrive for the rest of their lives.  Also, what about all of those classic moments like homecoming, sports, school plays, and such?

This Gosselin train has wrecked, and I don’t know if I can watch the show anymore.  I’ve been wondering if Kate has factored the possibility that the show could get canceled?  What would she have then?

Oh, I could go on and on, so I’ll stop here.  Tell me what you’re thinking about this season of Jon and Kate plus 8 and last night’s episode.

Wait!  One more thing.  That whole keep the kids at the same house and the parents rotate thing is not going to work.  I’ve seen people try it and it’s hard to sustain.  Plus, what do they do when one or both of them starts dating again?  That’s too close for comfort.  Ok, I’m done for real now.

(p.s. you can find all of my posts on this show under “ifelicious tv — Jon & Kate Plus 8” or clicking HERE)