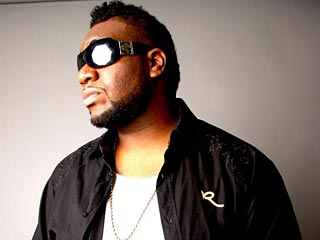 Pssst!  This is the guy who wrote the dance anthem “Go Girl!” for Pitbull.  Don’t sleep on this brutha!

David RUSH is a Jersey native who went to college in ATL, and is signed to Miami rapper Pitbull’s Mr. 305 label and Universal Republic. His single “Shooting Star” f/ Kevin Rudolf (Lil Wayne’s rock artist) and Pitbull is already getting decent spins at radio and will be officially added to stations across the country later this month. Meanwhile, the dance remix (produced by LMFAO) is picking up speed in the clubs!

David RUSH on The Round Table with Lenny S, Maya the B and Big Lite, filmed January 28, 2009 @ the Rock Me TV studios in NYC