You are here: Home / Archives for Ms. America Pageant 2012 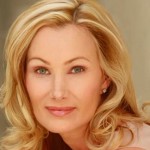 Hey "Big Rich Texas" fans, I just ran across a press release about the 2012 Ms. America® Pageant, and Leslie Birkland from the show is this year's host.  See excerpt below: Host for the 2012 Ms. America Pageant will be Leslie Birkland. Leslie is the star of the wildly successful Style Network show "Big Rich Texas.” As a Texas socialite, she is seen taking the Texas elite by … END_OF_DOCUMENT_TOKEN_TO_BE_REPLACED