You are here: Home / Archives for World of Wonder (WOW)

UPDATE JAN 27, 2012: Logo TV has put most of episode 1 on the Logo Facebook page. CLICK HERE to watch. Remember episode 1 will air in it's entirety (and weekly) on Monday, January 30, 2012 at 10/9c on Logo TV. Halleloo! The next season of RuPaul's Drag Race starts in January 2012 and promises to be sickening! Season 4 Trailer Tags: RuPaul's Drag Race, RuPaul, … END_OF_DOCUMENT_TOKEN_TO_BE_REPLACED 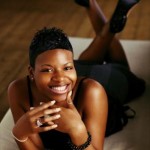 Every time I read "docu-series" I just want to laugh.  In my mind, it's just fancy talk for reality show...  :roll: The last time I wrote about Fantasia it during the time that things really seemed to crumble around her. I was one of the fans who fell in love with Fantasia while she debuted her voice on American Idol. I honestly thought she would become the next Mary J. … END_OF_DOCUMENT_TOKEN_TO_BE_REPLACED