You are here: Home / Archives for Woody Harrelson 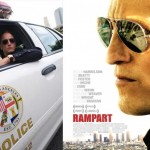 "Rampart” (purchase via Amazon) is a movie, starring Woody Harrelson, adapted from the actual LAPD Rampart scandal from the 1990s.   The film premiered at the Toronto International Film Festival in 2011 and was distributed in theaters on a limited release.  It's time to update your Netflix queues and start stalking your closest Redbox because "Rampart" is scheduled for a … END_OF_DOCUMENT_TOKEN_TO_BE_REPLACED 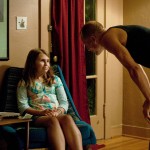 Sammy Boyarsky plays "Margaret Brown," one of the daughters of a corrupt police officer Dave Brown (Woody Harrelson) in the movie "Rampart" out on limited release, via Millenium Media, in theaters today (Wednesday, November 23, 2011) in time for Oscar contention.  The movie is inspired the the actual Rampart police scandal that hit the Los Angeles Police Department in the … END_OF_DOCUMENT_TOKEN_TO_BE_REPLACED