You are here: Home / Archives for Whitney Port

UPDATE: Audrina Patridge WILL be back for Season 6 of The Hills. Click HERE for details. Weird.  "The Hills" was a spinoff of "Laguna Beach" and was supposed to follow Lauren "LC" Conrad post high school.  Last season, we watched the season without Whitney Port, the show's break out star and co-worker/pal of LC as she moved onto her own show "The City."  By end of last … END_OF_DOCUMENT_TOKEN_TO_BE_REPLACED

(photo source:  MTV.com) I've been dying to put up this post for a while, but with the holidays and my overcommitments... Ok, so I watched the first 3 episodes of The City again with my Ifelicious critical eye and took notes (that means this post is serious business...LOL).  Here's my food for thought.  I checked some things afterward against the message boards so … END_OF_DOCUMENT_TOKEN_TO_BE_REPLACED

Awww, a little sentimental episode.  What a perfect moment to prep us for the end of this series BUT that won't be the case.  I am excited about Whitney's new series and budding love.  I guess he's grungy cute.  Brody's Bromance sounds dumb to me. I wish I had someone to just hook me up with these really super exciting jobs...and a super fabulous life to go with it. I had a … END_OF_DOCUMENT_TOKEN_TO_BE_REPLACED 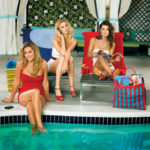 I don't know what they're going to drum to hold our attention on another season, but like the wise words of the Wu-Tang Clan "Cash Rules Everything Around Me".  I'm interested in Whitney's spinoff show.  I'd like to see some more focus on her.  Brody and whatever show he is/was doing...not so much. Here's an excerpt from an article where Audrina talks to People … END_OF_DOCUMENT_TOKEN_TO_BE_REPLACED 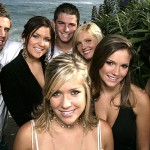 Check this from the LA Times... The Hills Spin-Offs By Denise Martin, Special to The Times MTV announced that it's green-lighted "Bromance," a six-episode series in which a group of guys compete for a chance at being bros with "The Hills" star Brody Jenner.Last week, it was reported that the network was developing a show with Lauren Conrad's sidekick Whitney Port that would … END_OF_DOCUMENT_TOKEN_TO_BE_REPLACED