You are here: Home / Archives for Tom Joyner Morning Show 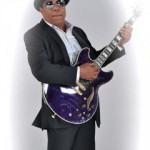 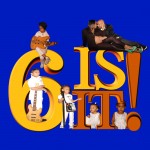 Yes, I realize this news is a little dated, but it was new to me when I ran across it and wanted to share it with you. Episodes have already begun airing online.  ~Ifelicious Season One features Bi-weekly episodes which chronicle the birth of the Soul duo’s sixth child, offering a compelling look into how they balance their Family and Professional lives as hit … END_OF_DOCUMENT_TOKEN_TO_BE_REPLACED