You are here: Home / Archives for The Challenge 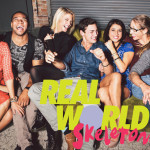 It just didn't work. As a ridiculously loyal fan of MTV's "The Real World," I have to admit that this season was really bad. "The Real World" has been on the decline for seasons, but this was absolutely the worst. This was season 30 entitled "Real World: Skeletons," and it was kind of a spin from their attempt to freshen things up last season where they surprised the cast, … END_OF_DOCUMENT_TOKEN_TO_BE_REPLACED 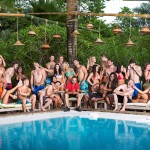 It took me a week-and-a-half before I could get myself to watch the first episode of my favorite reality TV competition series "The Challenge: Battle of the Exes 2" from start to finish. Knowing that two members of the cast, Diem Brown and Ryan Knight (aka "Knight"), passed away from very different circumstances but within weeks of each other has me catching feelings of a … END_OF_DOCUMENT_TOKEN_TO_BE_REPLACED 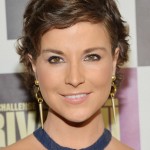 When I saw Diem Brown's tweet this past Tuesday that said "I NEED PRAyErs and advice my doctors are seemingly giving up but I won't & can't rollover. Whatever option I have to LIVE I'm grabbing!" I knew things were dire, but I still held onto hope. Now, one day after Diem's passing, I still can't bring myself to blog about it. I just don't have words; and in some ways, I … END_OF_DOCUMENT_TOKEN_TO_BE_REPLACED 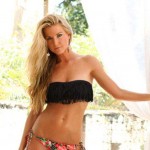 Before the past few weeks, if you mentioned "the challenge" to me, I would presume we're about to chat it up about my favorite reality TV show MTV's "The Challenge" and not something related to ice buckets and Lou Gehrig's Disease. During the filming of MTV's "The Challenge: Battle of the Exes 2" in Panama, cast member and two-time ovarian cancer survivor Diem Brown reportedly … END_OF_DOCUMENT_TOKEN_TO_BE_REPLACED

While MTV's "The Real World" basically sucks now, it's a pipeline for "The Challenge" which is my favorite show on the network. On Wednesday, July 10, 2013 at 10:00 PM ET/PT, "The Challenge: Rivals II" (twitter hashtag #Rivals2) premieres. As in the first Rivals challenge, the competitors are being paired with someone they hate and have to compete for prize money. From the … END_OF_DOCUMENT_TOKEN_TO_BE_REPLACED