You are here: Home / Archives for Taylor Garrett 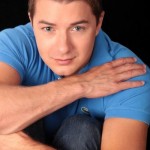 Nyasha Zimucha wasn't the only new thing to Logo TV's "The A-List" this year. Now, there’s a brand new cast, in a brand new city, for a brand new series called “The A-List Dallas.” After seeing the first episode, I found the cast full of wonder bread, middle America Reichens’ and a "Carlton" as the eye candy, that depict a completely different sector of the gay elite...and so … END_OF_DOCUMENT_TOKEN_TO_BE_REPLACED

I know producers of "The A-List" series that airs on Logo compare it to their successful "Real Housewives of Atlanta" series on Bravo, but I never thought that translation fit very as these aren't a bunch of rich house husbands, rather mostly single gay male socialites...and a girl living it up in the city.  I think the series has become something closer to MTV's "The Real … END_OF_DOCUMENT_TOKEN_TO_BE_REPLACED