You are here: Home / Archives for Sucker Free Countdown

Vote for Diggy Simmons as MTV's Breakthrough Artist of the Year! Click HERE to vote! The nominations are IN for MTV's Sucker Free Summit where the King/Queen will be crowned as THE BEST in Hip-Hop and it came as a shock to the #TeamDiggy camp to see "Diggy Simmons" listed in the same category as Jay Electronica, Big Sean, YelaWolf, Curren$y, J Cole, Donnis, Nicki Minaj and … END_OF_DOCUMENT_TOKEN_TO_BE_REPLACED 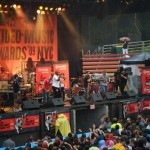