You are here: Home / Archives for Stranger Me 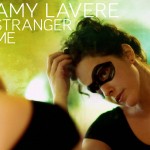 Official website- amylavere.com Facebook- Amy LaVere Twitter- @AmyLaVere Amy LaVere is back with her third album entitled "Stranger Me" (download via iTunes and Amazon) on the Memphis based label Archer Records.  It was released on July 19, 2011 and produced by Craig Silvey who is known for engineering Arcade Fire's Grammy award winning album "The Suburbs."  Dubbed by … END_OF_DOCUMENT_TOKEN_TO_BE_REPLACED