You are here: Home / Archives for Sahara Davenport

As some of you may already know, Sahara Davenport, most widely known from "RuPaul's Drag Race" season 2 and boyfriend of Manila Luzon, passed away on October 1, 2012.  I just received an official statement regarding Sahara Davenport's passing.  Right now, as you'll read below, they're just saying it's heart failure.  Everyone ultimately dies from heart failure, so Sahara's … END_OF_DOCUMENT_TOKEN_TO_BE_REPLACED 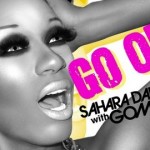 I'm not gonna lie.  I wasn't expecting much when listening to Sahara Davenport's "Go Off!" but the dance track and now video is super catchy.  Watch it below and you'll be hooked, too. This is going on my playlist for sure. ~Ifelicious VIDEO: "Go Off!" by Sahara Davenport (press release) RuPaul's Drag Race season 2 star SAHARA DAVENPORT releases her sophomore music … END_OF_DOCUMENT_TOKEN_TO_BE_REPLACED