You are here: Home / Archives for real world 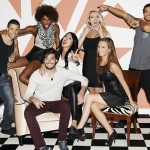 Shut the front door! I just read that Bunim/Murray, the producers behind one of the longest running reality TV shows "Real World," has changed the show's format for Season 29 that was filmed in San Francisco. "Seven strangers picked to live in a house..." will not be the case when the show airs on MTV in 2014. In addition to the "seven strangers," exes from 5 of the 7 cast … END_OF_DOCUMENT_TOKEN_TO_BE_REPLACED 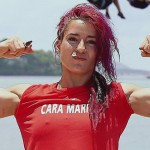 Cara Maria Sorbello might as well have been nicknamed "The Answer," in the likeness of Allen Iverson, as Heather Cooke's ("Cooke") fate was hanging in the balance in the first episode of "The Challenge: Rivals 2" on MTV. Cooke's original "Rivals 2" partner and fellow cast member from "The Real World: Las Vegas," Naomi Defensor, decided to go home after getting a phone call that … END_OF_DOCUMENT_TOKEN_TO_BE_REPLACED

While MTV's "The Real World" basically sucks now, it's a pipeline for "The Challenge" which is my favorite show on the network. On Wednesday, July 10, 2013 at 10:00 PM ET/PT, "The Challenge: Rivals II" (twitter hashtag #Rivals2) premieres. As in the first Rivals challenge, the competitors are being paired with someone they hate and have to compete for prize money. From the … END_OF_DOCUMENT_TOKEN_TO_BE_REPLACED

Real World 26: San Diego Trailer Get More: Real World: San Diego, MTV Shows What can I say?  Despite the fact the this season's MTV Real World cast photographs like a bunch of J. Crew models, I've been watching every season from the days when the show felt more "real" through its successful evolution to typecasting.  Here's the press release introducing this … END_OF_DOCUMENT_TOKEN_TO_BE_REPLACED

Bunim-Murray Productions is bringing its MTV "Real World" franchise back to San Diego for season 26 and will air in fall 2011.  The best resource for early cast sightings and spoiler buzz is to head over to Vevmo.com and look under The Real World San Diego: La Jolla.  From what I read on Vevmo.com, it seems like filming has already begun. As so many of us have been asking … END_OF_DOCUMENT_TOKEN_TO_BE_REPLACED