You are here: Home / Archives for real world hollywood 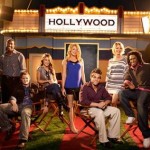 Yes, my friends, all mediocre things must come to an end. I watched this season in its entirety, conflicted the entire time, threatening to boycott, realizing my own addiction which I prefer to refer as dedication to the show. I'm tired of the stereotypes, but what more to expect from MTV. The station is iconic in itself. I do wish they did something great with the 20th season, … END_OF_DOCUMENT_TOKEN_TO_BE_REPLACED 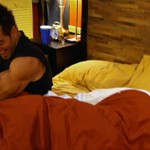 First of all...I love this pic!  That blond seemed to sober up a little (emphasis on little) once her hottie turned out to be an angry drunk.  I hope that was worth her 30 seconds of fame on MTV.  Reality tv fame whores, what are ya gonna do? So now I see the common thread forming.  It looks like many, if not all (yet to be revealed I guess), of the cast members are dealing … END_OF_DOCUMENT_TOKEN_TO_BE_REPLACED