You are here: Home / Archives for Nadya Suleman

"Octomom" Nadya Suleman to create the $14 shake at Millions of Milkshakes in West Hollwood on Wednesday, November 10, 2010 at 6:00 PM. 50% of proceeds from sales of the shake will go to benefit Suleman’s fourteen children, who will all be joining her in their first public appearance as a family. West Hollywood, CA (November 8, 2010) – Expect a frenzy of fun and chaos … END_OF_DOCUMENT_TOKEN_TO_BE_REPLACED

Yes, you read that right.  Nadya Suleman, who earned the name "Octomom" after giving birth to 8 children bring her brood to 14 and loads of debt and criticism, is excited about launching a healthy milkshake that her children (and I assume yours as well) will enjoy.  Suleman plus all 14 children will join A through D-list celebs from Lindsay Lohan to Jon Gosselin who have custom … END_OF_DOCUMENT_TOKEN_TO_BE_REPLACED 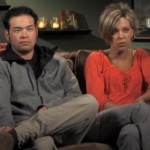 I reported about Jon and Kate's marital woes like others and the producers of the show threw a little teaser in the 2nd to last episode leading us to believe that Jon and Kate would discuss/admit some trouble in paradise.  Instead, we got 15 seconds at the end with Jon visibly annoyed that he can't just be himself anymore.  His few words do seem to offer an explanation about … END_OF_DOCUMENT_TOKEN_TO_BE_REPLACED 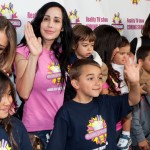 - - - - - - ORIGINAL POST - - - - - - - I think the media is unnecessarily harsh on Nadya Suleman. I feel like even hearing this website story this morning on CNN made her seem like the laughing stock of America pointing to the part of the page where she's asking for monetary donations through PayPal.  Sure, Nadya has not used sound judgment in her pursuit of having … END_OF_DOCUMENT_TOKEN_TO_BE_REPLACED