You are here: Home / Archives for Music Monitor Network

Website- recordstoreday.com (allows you to look up participating stores in your area) Twitter- @RecordStoreDay Facebook- facebook.com/RecordStoreDay On Saturday, April 16, 2011, independently owned record stores across the country will once again celebrate the culture of the record store with their customers and friends with RECORD STORE DAY! The worldwide event, now … END_OF_DOCUMENT_TOKEN_TO_BE_REPLACED

(April 14, 2010) -- Today, the final five exclusive Record Store Day Releases announced.  Hundreds of limited and collectible pieces available April 17, 2010. In support of indie record stores and Record Store Day, many labels have created special cds, records, box sets, and more for some of their most celebrated artists that will only be available on April 17, 2010 until … END_OF_DOCUMENT_TOKEN_TO_BE_REPLACED 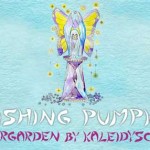