You are here: Home / Archives for mtv’s logo channel 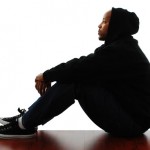 A few weeks before I spoke with Warren G, Vanity Fair had released an article "Q&A: Warren G Does Not Recommend Investing in Citigroup or the Crips" back on September 25, 2009.  With an article title like that, there's not much room for anything but stirring controversy, and that's exactly what happened.  To me, before I even read the article title or author, my mind … END_OF_DOCUMENT_TOKEN_TO_BE_REPLACED