You are here: Home / Archives for MTV Unplugged 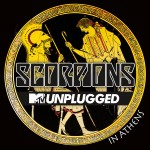 * * * * Scorpions "MTV Unplugged" Trailer * * * * A band that's been together for almost 50 years is virtually unheard of, but German hard rock band Scorpion defies those odds. On January 21, 2014, they made another unprecedented move with the release of an audiovisual project containing acoustic performances of fan favorites along with five new songs entitled "MTV … END_OF_DOCUMENT_TOKEN_TO_BE_REPLACED