You are here: Home / Archives for mtv show rock the cradle 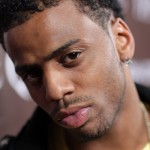 Note 10:46pm, thursday 4/24/08. Lil B just got the boot on the show. So, I guess we won't get to see him perform "Gotta Go" because he gotta go (you know I couldn't help myself). Here we go. The much anticipated interview with Lil Al B. Sure! Ok, I get it. You're not feeling that MTV show "Rock the Cradle". I'm trying, and I'm still not either. Not to mention my prior post … END_OF_DOCUMENT_TOKEN_TO_BE_REPLACED

In concept, Rock the Cradle is a brilliant show idea. Kind of an extension of VH-1's Where Are They Now meets American Idol? Even I raised an eyebrow, especially when I knew Al B. Sure's son, Lil B. Sure, was going to be on there. Yes, Al B. Sure was the only musical crush I had that I will claim in shame. Actually, I loved Tracy Chapman, but that was on a deeper level and … END_OF_DOCUMENT_TOKEN_TO_BE_REPLACED