You are here: Home / Archives for Milwaukee Film Festival 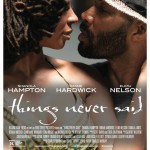 Showtime "Shameless" fan of Shanola Hampton (plays "Veronica Fisher" aka "Vee")? Check! Spoken word/slam poetry fan? Check! That's all the convincing I needed to check out a screening of "Things Never Said" during the 2014 Milwaukee Film Festival. The film features character Kalindra Stepney (Shanola Hampton) who has turned to spoken word poetry as an emotional outlet for the … END_OF_DOCUMENT_TOKEN_TO_BE_REPLACED

Best known for films such as "The Five Heartbeats" and TV series such as "The Parent 'Hood," writer, actor, director, producer, and Chicago native Robert Townsend attended the 2014 Milwaukee Film Festival to support the newly added Black Lens category to this year's programming. In the spirit of celebrating the role African-Americans have played in front of and behind the … END_OF_DOCUMENT_TOKEN_TO_BE_REPLACED 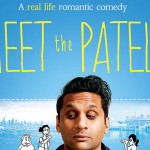 Don't let the fact that "Meet the Patels" is a documentary conjure up some highly intellectual snooze fest that sends you running because this one is loaded with entertainment value. "Meet the Patels" features the hilarious actor Ravi Patel, who played Amir on NBC's "The New Normal," on a quest for true love and appease his traditional Indian parents Champa Patel and Vasant … END_OF_DOCUMENT_TOKEN_TO_BE_REPLACED