You are here: Home / Archives for making the band 4 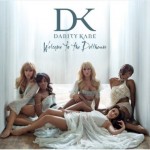 First, let me ask my Magic 8 ball if there's a future for Danity Kane?  ...My Magic 8 Ball says "Yes."  We'll have to see if my "spiritual advisor" is right. MTV.com has published several articles recently with Dawn Richards and Shannon Bex from Danity Kane.  Here are some snippets just to give you a taste of the chatter in the air.  We definitely ended Making the Band: … END_OF_DOCUMENT_TOKEN_TO_BE_REPLACED 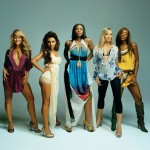 Aren't they so glamorous in the above photo?  8-) In short, I don't know if I'm up to watching this whole season like I would have before.  There's something less enticing about them going on tour and just watching them grow.  Kinda like watching my mums outside...yawn...stretch... Dawn and Q are an adorable couple but I feel Dawn's reservations about their relationship's … END_OF_DOCUMENT_TOKEN_TO_BE_REPLACED