You are here: Home / Archives for Loretta Devine

A great story translated into an OK film, "In the Hive" is the first Robert Townsend flick that I've seen since the early 90s.  Nonetheless, it's worth supporting in the theaters for three reasons: Loretta Devine's brilliant portrayal as Mrs. Inez, the matriarch and school's director, that earned her a  2013 NAACP Image Award nomination for Best Actress in a … END_OF_DOCUMENT_TOKEN_TO_BE_REPLACED

Everybody loves an inspirational film that restores our faith that there are great people out there in the world making a difference.  Rather than bring us another great white hope story featuring a fragile blond who descends upon the hood and saves some at risk black kids, Robert Townsend ("The Five Heartbeats", Twitter: @Robert_Townsend) put his energies behind directing "In … END_OF_DOCUMENT_TOKEN_TO_BE_REPLACED 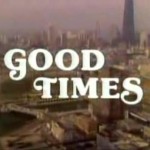 UPDATE June 16, 2011: I have not heard any more information regarding this movie and am not sure at this point if it is still being cast or produced. I will do some research to determine the true status of this project. That's right y'all!!!  JJ, Thelma, James, Florida, and the rest of the cast from the 70s classic TV show will be back, but this time on the silver … END_OF_DOCUMENT_TOKEN_TO_BE_REPLACED