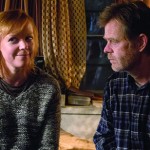 Episode 3: Credits & Info Series: "Shameless" Season: 4 Episode: 3 Episode Title: "Like Father, Like Daughter" Written By: Sheila Callaghan Edited by: Finnian Murray Directed By: Sanaa Hamri Network: Showtime Like the episode title implies, we see more than one of Frank's daughters as more similar to Frank than they readily realize. I knew that things were … END_OF_DOCUMENT_TOKEN_TO_BE_REPLACED