You are here: Home / Archives for Laguna Beach 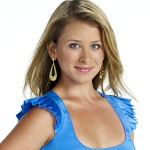 I just wanted to take a moment to catch people up on a few of Lo Bosworth from MTV's "The Hills" current projects in case you're like me and haven't really checked in on her lately. I have been to her site before, and it's really nice. The book is something I'm just curious to see what becomes of it. ~Ifelicious Lo-Down the book Simon & Schuster Books for Young Readers … END_OF_DOCUMENT_TOKEN_TO_BE_REPLACED

UPDATE: Audrina Patridge WILL be back for Season 6 of The Hills. Click HERE for details. Weird.  "The Hills" was a spinoff of "Laguna Beach" and was supposed to follow Lauren "LC" Conrad post high school.  Last season, we watched the season without Whitney Port, the show's break out star and co-worker/pal of LC as she moved onto her own show "The City."  By end of last … END_OF_DOCUMENT_TOKEN_TO_BE_REPLACED 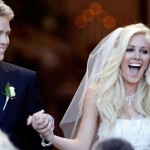 Just when I was bored out of my mind watching the same round of antics I see every week on MTV's The Hills, I get to hear that the show must go on.  LC will retire as planned and they're talking about adding Kristen Cavallari (remember her from Laguna Beach?  She really was the it girl that you would've expected to end up on The Hills anyway.) to the posse. With the news … END_OF_DOCUMENT_TOKEN_TO_BE_REPLACED

I caught an inner chuckle the other day at work when we were bonding with our bosses in the kumbaya room (aka. conference room). I'm the only black woman and so I enjoy, from a distance, people awkwardly try to find some kind of way to include me in conversation. Usually, they don't bother and I find my joy in identifying with something one of the boss people brings up trying … END_OF_DOCUMENT_TOKEN_TO_BE_REPLACED