You are here: Home / Archives for Kourtney Kardashian 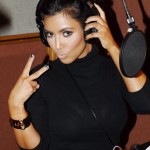 Here's Kim Kardashian's new single "Jam (Turn It Up)" featuring The Dream. "On Air with Ryan Seacrest" premiered it this morning while interviewing Kim Kardashian accompanied by her sister Kourtney for moral support. It's not an official music video but listen to the version that played live on the air this morning. What do you think? Does her fame guarantee at least … END_OF_DOCUMENT_TOKEN_TO_BE_REPLACED 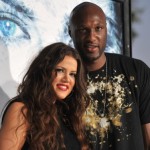 I love Khloé Kardashian.  She gets a lot of flack for her looks, but I think she's attractive, feisty, and keeps it real even when the cameras are rolling during "Keeping Up with the Kardashians" or "Kourtney and Khloé Take Miami."  Of all the Kardashian gals, she landed NBA hubby Lamar Odom, and is defying the odds by outlasting most Hollywood marriages. Now, Khloé and … END_OF_DOCUMENT_TOKEN_TO_BE_REPLACED