You are here: Home / Archives for kita williams 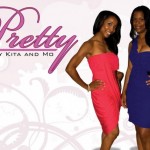 These are some ladies that are on the ball! I love watching Mo, Kita, and T.O. on "The T.O. Show," and had no idea that they were the first African-American women do put together a show like this. Did you watch this past Sunday when Kita's boyfriend proposed to her on the cruise? I wanted to be excited, but I saw all that drama they went through last season and early this … END_OF_DOCUMENT_TOKEN_TO_BE_REPLACED 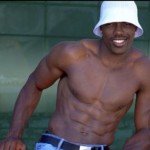 (hot picture i found online, eh?  ...mmmm....abs....) Well, shit, I want a reality show now!  Terrell Owens has signed on with VH-1 to do a reality show that will air during the offseason this summer.  Yet to be titled, it will be relationship based. From Huffington Post... TERRELL OWENS SCORES VH-1 REALITY SHOW he Dallas Cowboys' controversial wide receiver will star … END_OF_DOCUMENT_TOKEN_TO_BE_REPLACED