You are here: Home / Archives for King of Pop 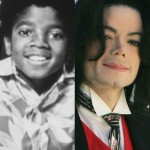 FOR IMMEDIATE RELEASE June 26, 2009 Orson Wells' rich, brilliant & ultimately doomed character Charles Foster Kane died, alone and unloved, in his California mansion. At the time of his passing he was a deformed, corrupt and far removed from the genius displayed in creating his mass media empire. In the aftermath of Michael Jackson's I couldn't help but think of … END_OF_DOCUMENT_TOKEN_TO_BE_REPLACED