You are here: Home / Archives for Jillian Rose Reed 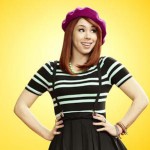 I last spoke with Jillian Rose Reed who plays Tamara on MTV's "Awkward." back in season 1; and since then, she's been blowing up Fatty Koo (only like 1 of you who reads this will get that reference, lol! comment if you do.)! Lately, the talk show circuit has been clamoring for her attention as her character and "Awkward." grows in popularity. Just recently, Jillian did an "On … END_OF_DOCUMENT_TOKEN_TO_BE_REPLACED 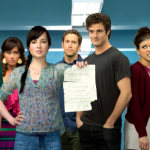 MTV's "Awkward." succeeds where prior MTV teen-focused shows like "Skins" failed and picks up where classics like "My So Calle Life" left off.  Thursday, August 16, 2012 marks a highly anticipated continuation episode of the critically acclaimed, scripted comedy series about teen life "Awkward."  All season long, I've been trying to figure out how Jake would learn that the … END_OF_DOCUMENT_TOKEN_TO_BE_REPLACED 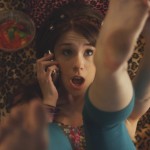