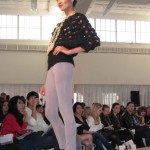 That's right.  I am no longer a fashion week virgin, and what a way to begin my newest love affair!  On Friday, March, 19, 2010, Directives West (www.directiveswest.com) hosted the First.LA Fashion Show featuring Fall 2010 looks from local contemporary designers.  The event was held exclusively for media and fashion industry invitees and held at the beautiful Cooper Building in … END_OF_DOCUMENT_TOKEN_TO_BE_REPLACED

Just a few weeks after Raekwon's "Only Built For Cuban Linx II" album release, I was back in NYC for Ghostface Killah's "Ghostdini: Wizard of Poetry in Emerald City" album release.  Myspace.com has been running free RELEASE concert series along with Digiwaxx and Socialight Entertainment.  I can't say that I've been a hard core Wu-Tang fan for years, but I'm becoming one now as … END_OF_DOCUMENT_TOKEN_TO_BE_REPLACED