You are here: Home / Archives for Hurricane Katrina

MTV's Real World was last set in New Orleans back in Season 9 and will return again for season 24.  As reported on NOLA.com: “We are delighted to be returning to New Orleans for the 24th season of ‘The Real World,’” said creator and executive producer Jon Murray in the release. “Hurricane Katrina threw New Orleans for a punch, but the city is coming back and we’re hoping our … END_OF_DOCUMENT_TOKEN_TO_BE_REPLACED 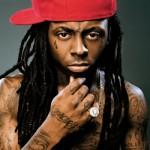 First of all, I must give credit to TrackHustle who credited Gyant on Twitter for this story and link.  See!  I'm still a Twitter newbie, but I see the draw for bloggers and journalists like myself. I just find it an odd pairing to see Katie Couric interview Lil Wayne for the "All Access Grammy Special."  Katie tries as much as she can as a journalist that probably doesn't … END_OF_DOCUMENT_TOKEN_TO_BE_REPLACED