You are here: Home / Archives for hip hop music 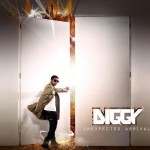 (Press Relaease) Atlantic Recording artist Diggy (website, Facebook, Twitter, YouTube)  was among the winners at this year’s (43rd annual) NAACP Image Awards, taking home the trophy for “Outstanding New Artist.” "It's so humbling to have my first award be an NAACP Image Award. The ceremony focuses on the positive influence on African American culture, so it means so much to me … END_OF_DOCUMENT_TOKEN_TO_BE_REPLACED

OMG!  There's probably a whole generation of y'all that won't even know who I'm about to talk about... Plug 1 and Plug 2 who make up two-thirds of the original group De La Soul are back with new monikers and an album called "First Serve" due out April 2, 2012 on Duck Down Records. For now, they've released "The Goon Time Mixtape" (it's certified dopalicious!) that's available … END_OF_DOCUMENT_TOKEN_TO_BE_REPLACED 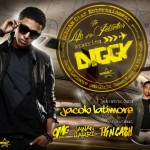 Diggy fans will be pleased to know that Diggy has finally revealed the name of his album..."Unexpected Arrival."  It will be released on March 20, 2012 via Atlantic Records.  He decided to share the news via a vlog post shown below: Diggy is also headlining his own "Life of the Jetsetter" tour beginning Feb 10, 2012 in Atlanta.  Joining him on the tour are Jawan Harris, … END_OF_DOCUMENT_TOKEN_TO_BE_REPLACED 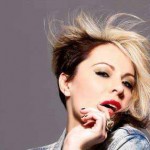 This came across my inbox a couple of days ago and caught my attention.  Let me know if you like KGB's song "Juicy," featuring Three 6 Mafia's Juicy J, and video. ~Ifelicious With sass and flare, KGB (Twitter, Facebook) brings you an entirely unique sound. She's found a way to create pop music while breaking the mold and ignoring all of the rules. "I aspire to be the … END_OF_DOCUMENT_TOKEN_TO_BE_REPLACED 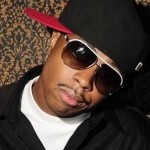