You are here: Home / Archives for Golden Girls 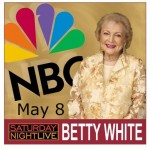 I hope when I'm "88 1/2 years old" (as Betty said many times on Saturday Night Live with pride) that I have Betty White swagger!  America's comedic grandma brought down the house on Saturday Night Live this past weekend- bringing in the show's highest ratings since November 1, 2008 when John McCain made an appearance on the show.  Also, Betty holds the title of being the oldest … END_OF_DOCUMENT_TOKEN_TO_BE_REPLACED 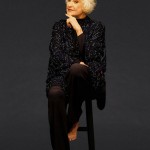 Just a few weeks shy of her 87th birthday (May 13), actress Beatrice "Bea" Arthur (birth name Bernice Frankel) passed away from cancer over this past weekend on April 25, 2009.  News of her cancer was not publicly known at the request of Bea.  She's one of the few entertainers who managed a lifetime in the industry.  Standing at 5'-9" and posessing a deep voice, what once made … END_OF_DOCUMENT_TOKEN_TO_BE_REPLACED