You are here: Home / Archives for Ghostdini: Wizard of Poetry in Emerald City

Just a few weeks after Raekwon's "Only Built For Cuban Linx II" album release, I was back in NYC for Ghostface Killah's "Ghostdini: Wizard of Poetry in Emerald City" album release.  Myspace.com has been running free RELEASE concert series along with Digiwaxx and Socialight Entertainment.  I can't say that I've been a hard core Wu-Tang fan for years, but I'm becoming one now as … END_OF_DOCUMENT_TOKEN_TO_BE_REPLACED 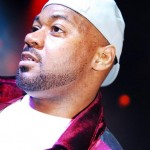 No, this wasn't a fancy album release party with a red carpet and full of fancy celebrities.  This was for the fans.  The people who listen to, buy, and support Ghostface Killah's music.  I respect him for doing such a show at the time of his album release for "Ghostdini: Wizard of Poetry in Emerald City." Myspace.com, Digiwaxx (www.digiwaxxmedia.com), and Socialight … END_OF_DOCUMENT_TOKEN_TO_BE_REPLACED