You are here: Home / Archives for Funny or Die

Leave it to Beaver Creed Bratton, best known as that suspicious elder fellow on NBC's "The Office," to premiere the first video from his "Tell Me About It" album on Funny or Die. The song "Move to Win" is from "Act III- A Funny Thing Happened on the Way to Obscurity" of his 3-part audio biography called "Tell Me About It" (see my blog "Interview 1/2: Creed from 'The Office' … END_OF_DOCUMENT_TOKEN_TO_BE_REPLACED 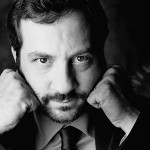 In honor of the America Jewish World Service's (AJWS.org) 25th anniversary, Judd Apatow and Jordan Rubin combined their comedic juices to create a humorous PSA to rally support for the organization.  The video was so well received by AJWS that you'll find it on their homepage.  Celebrities, Jewish and non-Jewish alike, included: Andy Samberg, Ben Stiller, Don Johnson, Danny … END_OF_DOCUMENT_TOKEN_TO_BE_REPLACED