You are here: Home / Archives for fonzworth bentley

Confession... I first committed to watching From Gs to Gents after interviewing Mikey P.  To me, this was another reality show for the purposes of fun and entertainment.  My only point of similar reference was Mo'Nique's Charm School that aired on VH-1 sometime last year.  I recently "found" and "befriended" Saaphyri on myspace, and just her profile picture alone gave me the … END_OF_DOCUMENT_TOKEN_TO_BE_REPLACED 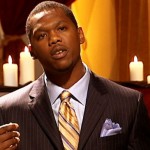 ...Or will he get all hood rich?  I hope the former is true.  He's got lots of people who will be all up in his "grill" now that he has all that loot. The season finale definitely delivered.  Going into the show, I've been behind Cee and maybe Shotta, and mostly concerned for Creepa.  Well, Cee was the first to go as he did not stand up to the litmus test of his … END_OF_DOCUMENT_TOKEN_TO_BE_REPLACED

Ok, I would NEVER have thought I'd watch MTV's From Gs to Gents and be moved to tears, but this week's episode touched a nerve with me and I would imagine everyone.  We all have been hurt in our lifetimes, and not everyone has the ability to let go of it, grieve it in the moment.  Bentley brought out his momz and did this exercise (she handled herself well, like mother like son … END_OF_DOCUMENT_TOKEN_TO_BE_REPLACED 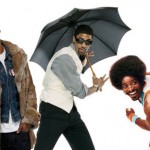 Peep this post about the song "Everybody" on exclaim.ca How are you feeling about Fonzworth and an album in the same sentence? … END_OF_DOCUMENT_TOKEN_TO_BE_REPLACED