You are here: Home / Archives for Floetry song “Say Yes” 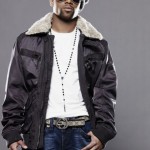 It is time for Chanj indeed!  Just when we thought RnB has gone to hell in a handbasket, it's Chanj to the rescue with a fresh take on a classic sound.  If you watched Showtime at the Apollo last season, you might have seen him perform Floetry's "Say Yes" as he graced the end of an era with 4 weeks of performances ultimately leading to the Amateur Night grand prize.  Since … END_OF_DOCUMENT_TOKEN_TO_BE_REPLACED

You have got to listen to Chanj. I just did and he is definitely a talented brutha. Here are some links to performances and music from Chanj. Watch out RnB world! There's a new vocal in town! Chanj's winning performance of Floetry's "Say Yes" on "Showtime at the Apollo" Chanj on Myspace- myspace.com/chanjmusic Chanj on Twitter- @ChainjMusic Alistair Records- … END_OF_DOCUMENT_TOKEN_TO_BE_REPLACED