You are here: Home / Archives for drug addiction

(press release) For almost five years, the genre-defining reality series “Celebrity Rehab with Dr. Drew” has enlightened viewers about the painful and trying path to recovery for people with alcohol and drug addictions. Anyone familiar with the treatment process for addiction knows that recovery is a lifelong process and some succeed where others fail. Life outside the … END_OF_DOCUMENT_TOKEN_TO_BE_REPLACED 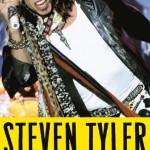 You must be living the life of a rockstar when you get to release your second memoir filled with sex, drugs, and rock 'n roll.  Such is the case of Steven Tyler who is set to release "Does the Noise in My Head Bother You?" on hard cover May 3, 2011 via Ecco Books (twitter: @EccoBooks)- a publisher of HarperCollins.  In this book, he details of his ongoing battle with drugs … END_OF_DOCUMENT_TOKEN_TO_BE_REPLACED

This week began with more talk of Charlie Sheen's fall from Hollywood grace and ended with one of the largest earthquakes in recorded history.  Somewhere in between, we lost Mike Starr who was the original bassist for Alice In Chains (AIC)- a rock band out of the 80s Seattle grunge movement.  Starr passed away on March 8, 2011 at the age of 44 in his Salt Lake City, Utah home … END_OF_DOCUMENT_TOKEN_TO_BE_REPLACED

Having been a fan of VH1 Celebrity Rehab with Dr. Drew and Sober House with Jennifer Gimenez, I was pleased to see Jeff Conaway out on the red carpet tonight at Area Nightclub for the FOX Reality Channel Really Awards along with girlfriend Vicki Lizzi. I copped an interview with them before they spoke with the other media outlets in attendance.  Listen to the latest from … END_OF_DOCUMENT_TOKEN_TO_BE_REPLACED 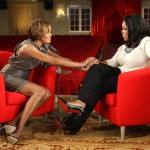 Confession I wrote this whole post thinking all I would find is a few snippets of the 2 episode, 2 part interview with Whitney and Oprah.  I got all the way to the end then happened across another website that had the FULL interview!  So rather than trash my entire post, I'm giving you both.  You choose. If you just want a few snippets I was so happy to run into DimeWars.com … END_OF_DOCUMENT_TOKEN_TO_BE_REPLACED