You are here: Home / Archives for Diabolical Fun

FOR IMMEDIATE RELEASE April 14, 2009 Columbus, OH -- Upon the official release of his Diabolical Fun album on March 24, Illogic set his sights on lining up a tour that would reach the fans who have supported him on the journey of creating his fifth full-length project. The Diabolical Fun Tour will kick off on April 16 in Athens, Ohio, and will commence through May 17 as … END_OF_DOCUMENT_TOKEN_TO_BE_REPLACED 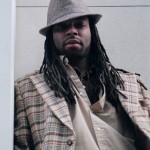 Illogic may not be a household name to you now, but he easily could be once you get a taste of his latest album entitled Diabolical Fun set to drop on March 24, 2009.  A native of Columbus, Ohio, Illogic was headfirst in the rap game until about 4 years ago when he tiptoed off the scene to focus on family first after missing the birth of his 3rd child while on tour … END_OF_DOCUMENT_TOKEN_TO_BE_REPLACED