You are here: Home / Archives for Crystal Bowersox 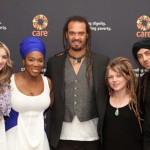 (WASHINGTON, DC) Monday, March 14, 2011 -- More than a thousand CARE advocates gathered last week at CARE's Conference and International Women's Day Celebration in Washington, DC to voice their support for critical funding and programs to improve the lives of marginalized women and girls around the globe. CARE's annual conference brings together advocates from nearly every … END_OF_DOCUMENT_TOKEN_TO_BE_REPLACED 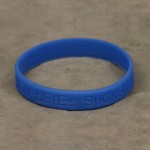 Finalist Lee Dewyze wore a bracelet given to him by Crystal Bowersox on the show that says "Diabetes Sucks" WEST CONSHOHOCKEN, PA, May 20,2010 (i-Newswire) --  Wonder what the blue band bracelets on some of this seasons American Idol contestants stand for? Hope Paige Designs sent Crystal Bowersox a dozen of their popular "DIABETES SUCKS" blue rubber bracelets after her stay … END_OF_DOCUMENT_TOKEN_TO_BE_REPLACED

I've been meaning to post my top 3/final 3 (however you want to call the last 3 standing in the competition) American Idol Season 9 picks for a few weeks now. They haven't really changed, however. My personal favorite is Crystal Bowersox representing Ohio where I currently reside.  There's something pure and raw and confident about her that won me over from the beginning.  … END_OF_DOCUMENT_TOKEN_TO_BE_REPLACED